Description of the concept of Eurolayout, Euroflats, their pros and cons. 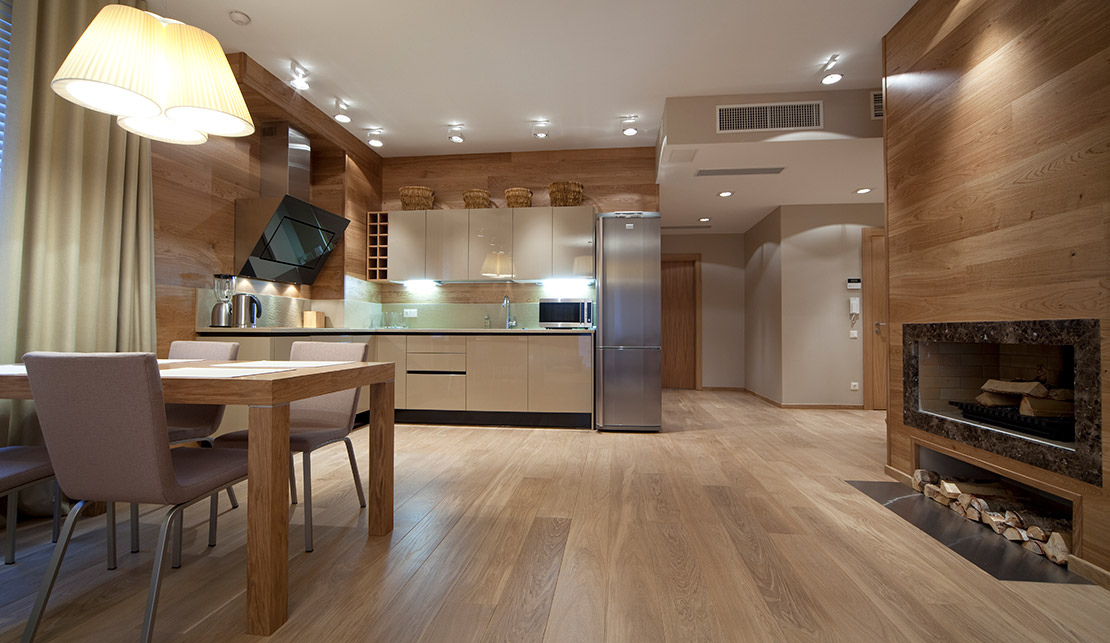 The wording of a euro apartment or euro planning often pops up among the ads and proposals of developers and interior designers. Let's figure out what is meant by this term, consider the features, pros and cons of such an organization of living space.

Europlanning can be called a layout in which the living room space is combined with the kitchen. The main distinguishing feature in comparison with standard apartments is the increase in the guest area and the decrease in the sleeping area. Most often, these are the so-called "Euro-two" and "Euro-tails". In fact, a euro-apartment is an apartment with one bedroom and a living room, which is combined with a kitchen. This type of housing is comparable to an ordinary two-room apartment, although, of course, a full-fledged two-room apartment is larger in size and more expensive, respectively. You can often see such wording as "studio apartment". This is a special case of Europlanning, or rather, Euro-one-piece. There is only one room in it, combining a living room, bedroom and kitchen. Only the bathroom is separated in this layout.

A bit of history. The first studio apartment appeared in the 1920s in the United States. Such layouts began to gain popularity in our country only in the early 2000s, and only later additional rooms-bedrooms began to be added to such apartments.

What are the pros and cons of euro apartments in comparison with conventional apartments?

The main plus is cost savings. Apartments of this format are much cheaper. For example, buying from a developer a one-room apartment with an open plan, you can easily turn it into a euro-apartment. The organization of space for a Euro apartment significantly reduces the amount of unused or rarely used area, such as, for example, a corridor. But in some apartments the area of the corridor is comparable to the area of one of the rooms.

Of the minuses, less privacy can be noted, because one of the rooms is in no way isolated from the guest area and the kitchen. In addition, the common area with the kitchen can lead to the accumulation of odors associated with cooking. Although, this problem is usually solved by installing a powerful hood.

Summing up, we can say that European planning is a rather interesting and profitable solution, especially for modern youth, who prefers noisy parties to home peace and comfort and does not spend much time in an apartment.